James Guthrie and three monks beside a willow tree 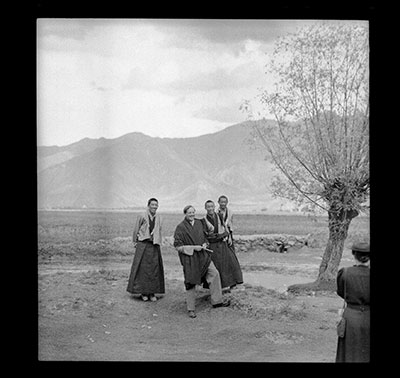 James Guthrie, wrapped in a monk's shawl, and three monks beside a willow tree posing for a photograph being taken by Mrs Guthrie in the foreground with a camera case slung on her left shoulder.