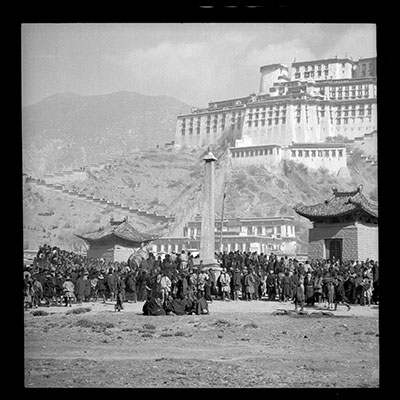 The Shol area below during the Potala during the Sertreng ceremony (tshogs mchod ser spreng) on the 30th day of the 2nd Tibetan month. The procession is making its way around the Sho pillar and the back of the Dalai Lama's elephant can be seen on the left beside the building with a tiled roof.