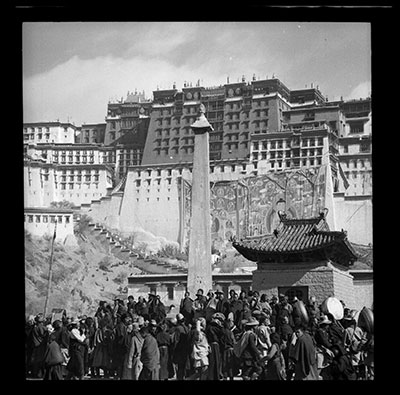 Part of the southern face of the Potala adorned with two appliquéd banners, Koku, (gos sku) for the Sertreng ceremony (tshogs mchod ser spreng) on the 30th day of the 2nd Tibetan month. The banners have images of the Buddha surrounded by deities and bodhisattvas. The Sho pillar can be seen in the foreground surrounded by onlookers watching the procession. Some monks holding hand held drums are processing.