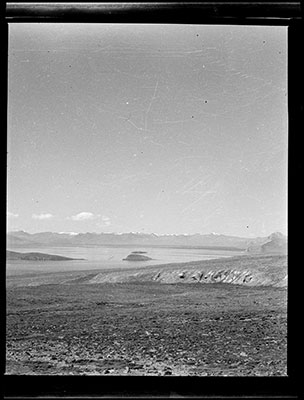 Other Information - The saltwater lake is known as phu ma g.yu mtsho, (flying turquoise lake). The lake is an important pilgrimage site and devotee circlec the lake in April-May which takes seven days to complete. The legend as it the lake flew here from the oceans at the end of universe. Padmasambhava blessed the the lake and endowed benevolence power to the lake. [TS 20/6/2005]