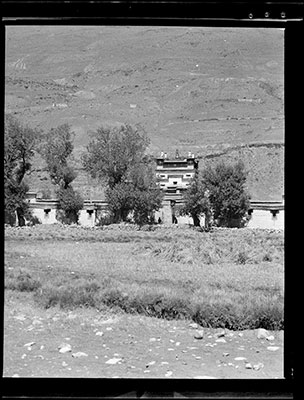 The monastery of Guru Lhakhang with its square tower clearly visible in the centre. The buildings are surrounded by trees and fields. Some buildings, possibly hermitages, may be seen on the hillside above the monastery.