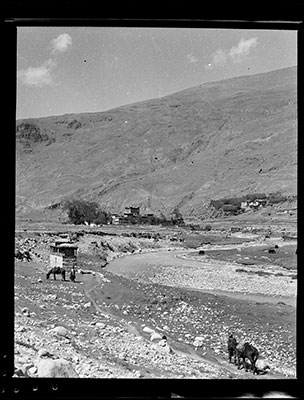 The rocky shore of a river flowing near Guru Lhakhang monastery which is in the background. There is a small mani shrine on the left hand side and yaks grazing in a field on the right, people with horses walking along bank of river. Two men with horses, Richardson's traveling companions, are in the foreground.