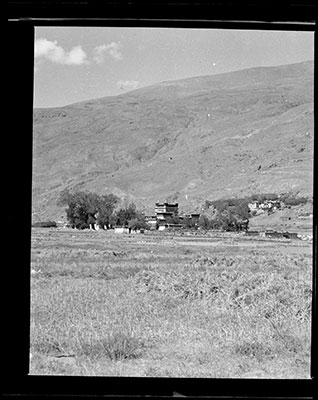 Other Information - History: Guru Lhakhang is known as Layag Guru Lhakhang (la yag gu ru lha khang) or more formally as Samdrup Dechen (bsam grub bde chen). The monastery was founded by Guru Chowang in 13th century. The plain for the temple is said to be based on Nalanda monastery in India. (TS)