Shrine and domestic building in valley leading to Kyishu 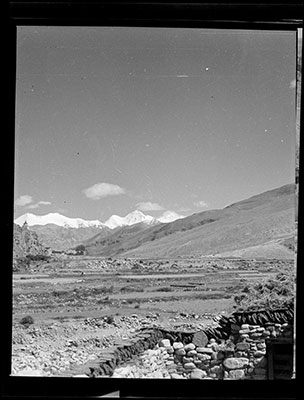 Valley with snow-covered mountain range in distance towards Kyishu (skyid shod). There is a building constructed of stones in the bottom right hand corner and a small shrine on the extreme left.

Manual Catalogues - Notes in negative album - Folio 83. 'do.' [Towards Kyishu].