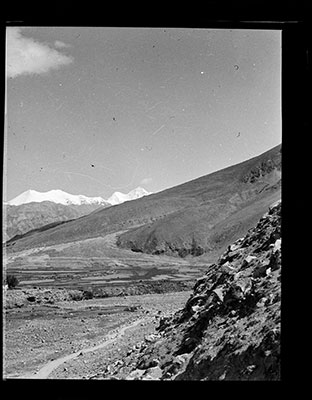 Valley with cultivated fields and with snow-covered mountain range in the distance towards Kyishu (skyid shod).