Horses being led across stream at Drum la (sbrum la) 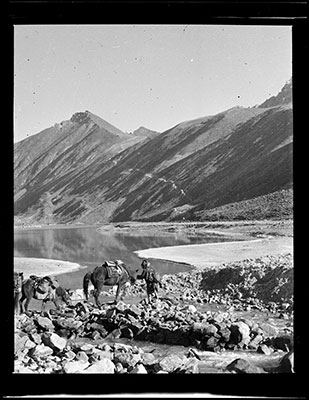 Man leading horses across a rocky stream bed opening out into a lake surrounded by mountains at Drum La (sbrum la). The man must be the travelling companion/servant of Hugh Richardson. A track is clearly visible on the far mountain.