Pemaling Tso lake and Mt Chenrezi in the Kula Gangri 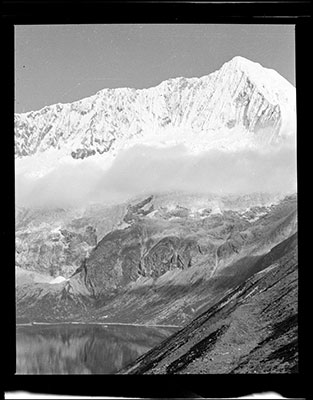 Pemaling Tso lake at the base of Chenrezi peak in the Kula Gangri range of mountains covered with snow on upper reaches.