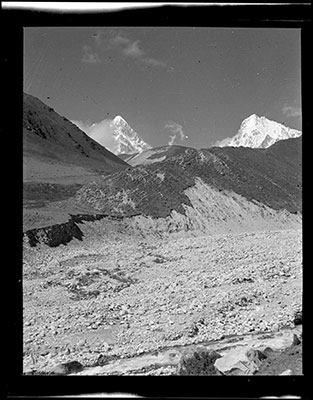 Kula Gangri range as seen from from Tru yu valley in the foreground.