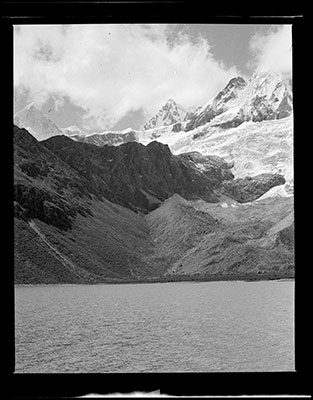 Pemaling Tso lake in Lhodrag with mountains rising above it.