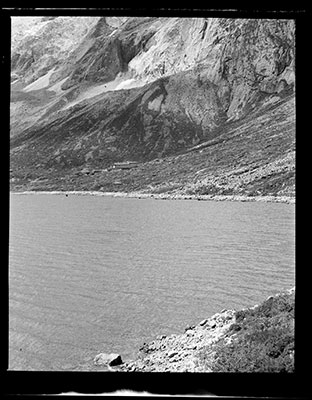 Pemaling Tso (Padma gling mtsho) lake at base of the Kula Gangri mountains. There is a small monastery on the far shore of the lake which is said to be founded by Padmasambhava.