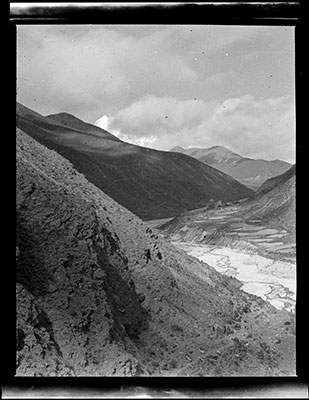 River valley north west of Sekhar Gutog (sras mkhar dgu thog) with cultivated fields and the houses of a settlement in the centre.