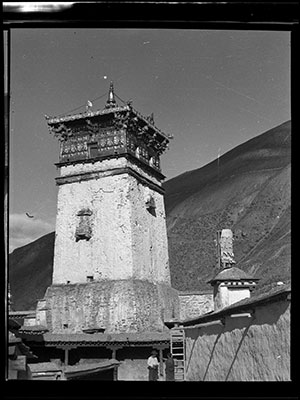 Nine-storyed tower at Sekhar Gutog (sras mkhar dgu thog) monastery in Lhodrag near the Bhutan border founded by Milarepa in the 11th century. A monk and a lay man are standing at the foot of the tower beside a ladder.