Farmhouses in Trib near Lhasa 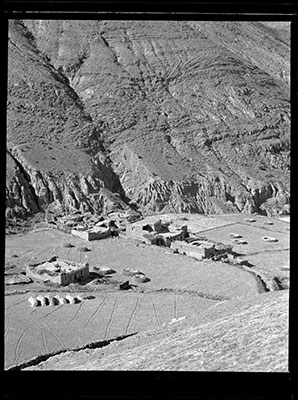 Farmhouses at the settlement of Trib (grib) on the south bank of the Kyichu river, opposite Lhasa. There are harvested crops in the fields surrounding the houses.