Terraced fields at Mug in Lhodrag near Bhutan 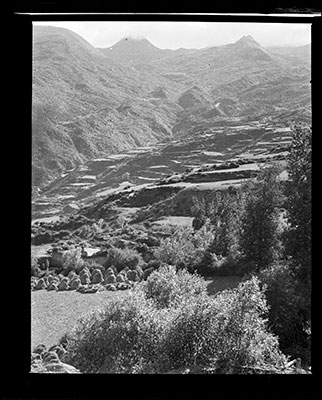 Terraced fields at Mug in Lhodrag near the Bhutan border. There are hay stacks in the foreground and heavily forested mountains in the background. In the centre there is a walled house.