Travellers on mountain track near Mug in Lhobrag 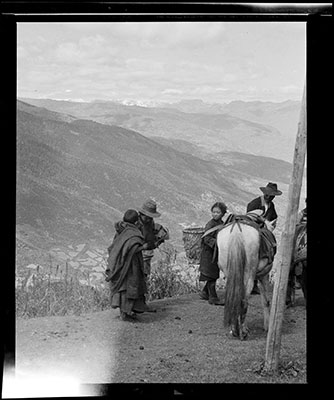 Group of travellers and horses on the edge of a track overlooking a valley at Mug in Lhobrag near the Bhutan border. The horses are saddled for riding. One of the travellers is carrying a woven basket. There is a prayer flag pole on the right and a light spot in the bottom left hand corner of the image.