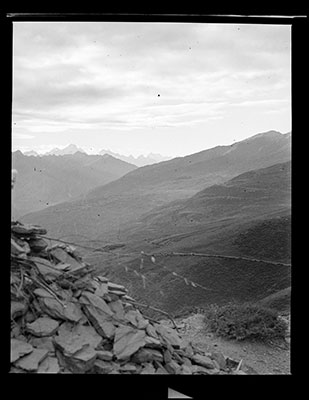 Kuruchu valley in the district of Lhodrag (lho 'brag) near the Bhutan border. Snow-capped mountains may be seen in the background. There is a pile of flat stones in the bottom right hand corner which may mark the top of a pass.