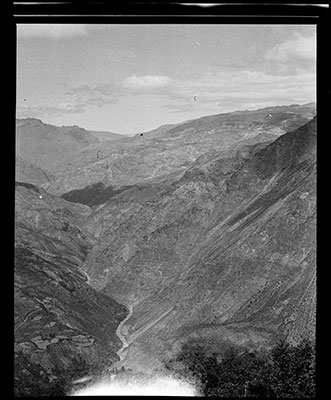 Kuruchu river flowing through deep gorge below Kharchu (mkhar chu) monastery in the Lhodrag district near the Bhutan border. There is a light spot at the bottom of the image.