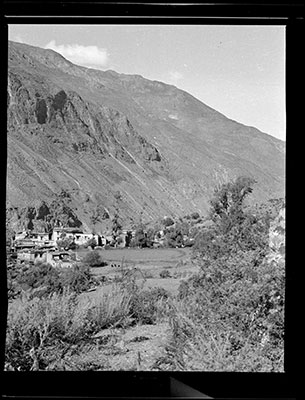 Lhakhang Dzong on a small plateau surrounded by terraced fields in the Lhodrag area near the border with Bhutan.