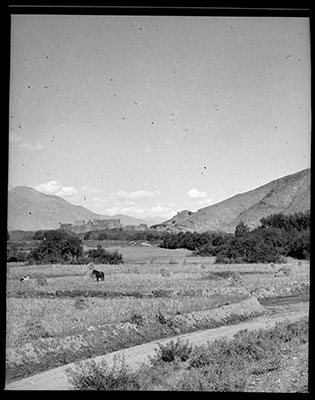 Fields at Chidesho (skyid do shod) with harvested crops, a horse and a cow. There is a large building (Gongkar Dzong?) in the distance and a wide track in the foreground.