Settlement and watchtowers situated near Nezhi 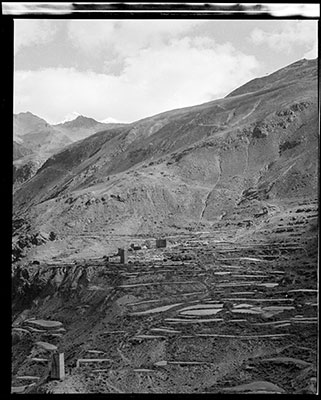 Terraced valley of Tsendro chu where several watchtowers are situated stretching from the base of the mountain below Nezhi (gnas bzhi). A settlement is visible in the centre of the image.

Other Information - History: The tall watch towers are found in border areas of Tibet and are believed to have been constructed during the time of Tibetan empire in 7-8th Century AD. [TS 19/5/2005]