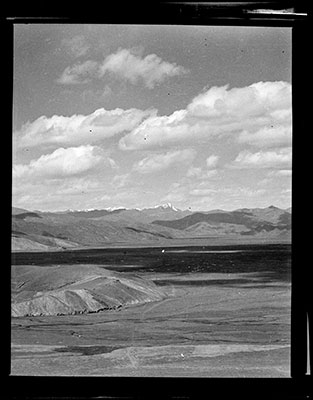 View of Chokhorgang (chos khor sgang) valley with a snow-capped mountain range in the distance.