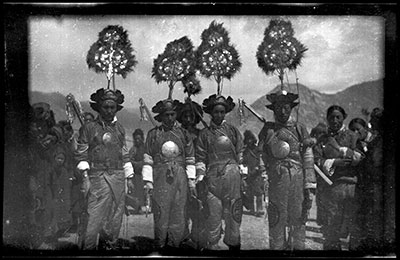 Members of the cavalry dressed in ancient armour and plumed helmets of peacock feathers at the time of Trapshi Tsisher.