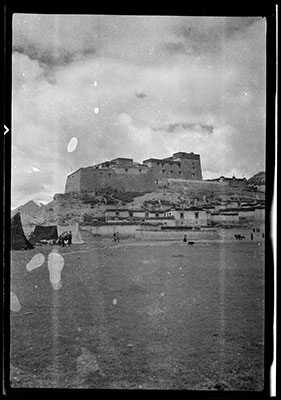 Other Information - Dates: This image is one of a group of nine images which have contact prints that have all been printed out using the same paper (Agfa Lupex) which is not generally found in Richardson’s collection. One of the images in this group contains an image of the Indian academic V. V. Gokhale who was in Lhasa in the late 1940s. However other images of this size printed out on Agfa Lupex, and which have decoratively cropped edges, can be dated to 1936-38 [MS 17/12/2005]