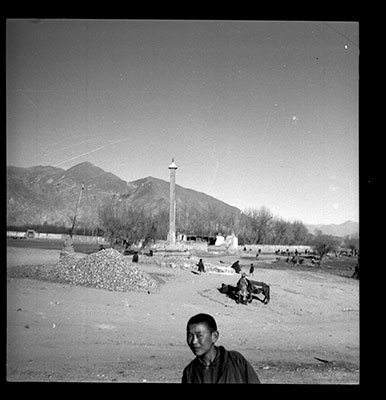 The tall Sho inscription doring (rdo rings) pillar with mountains in the background. It was set up by a powerful minister to record his services to the king. It has a stone canopy topped by a carved finial representing the flaming wish-granting jewel. There is a boy facing the camera in the foreground, a heap of stones and an incense burner on the left and passers-by in the middle ground.