A religious hermitage at Tsi Nesar 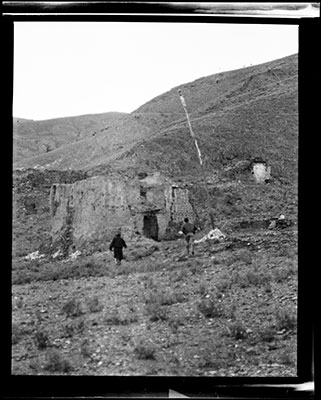 Two men approaching a square building housing a chapel to Chenrezi set against a mountainside at Tsi Nesar (rtsis gnas gsar). On the right there is a prayer flag and a small shrine (lha tho). The man on the left is wearing Tibetan dress and the one on the right, Jodhpurs and riding boots.