A view of valley from Tsi Nesar 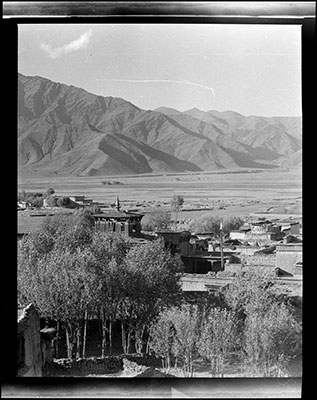 The temple of Yum chenmo (centre) at Tsi Nesar (rtsis gnas gsar). It is surrounded by other domestic and religious buildings. There are fields and mountains in the background.