The Runon temple at Tsi Nesar 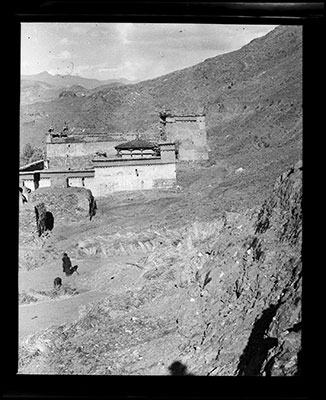 The Runon (ru gnon) temple on a sloping hillside at Tsi Nesar (rtsis gnas gsar). It is a single-storied white building with a turret and a tiled roof. On the left there are the remains of some reliquary monuments. Just below there is a man with a stave.