The Yum chenmo and Tadrin temples at Tsi Nesar 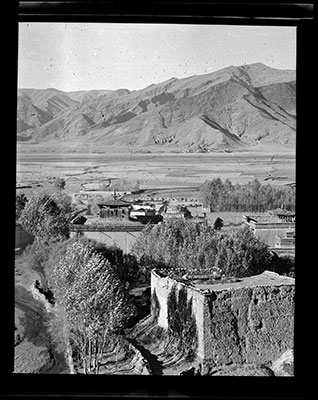 The Yum chenmo temple on the left and the Tadrin (rta mgrin) temple on the right at Tsi Nesar (rtsis gnas gsar). The square building in the foreground appears to be ruined. There are fields and mountains in the background.