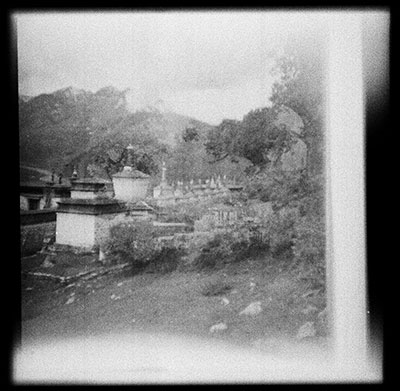 The photograph is a poor quality and appears out of focus and gives soft focus with layer of haze.