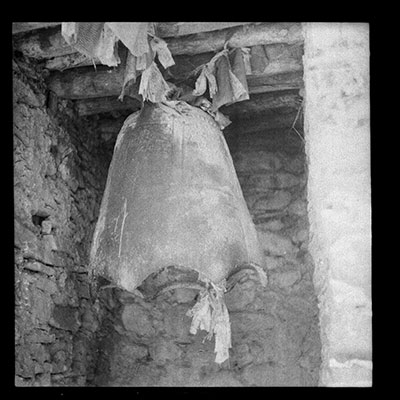 The large bronze bell at Yerpa (Dra Yer-pa) situated in a small stone building at the foot of the hill. There appear to be prayer flags tied to the rope by which the bell is hung in its belfry.