View of Yerpa valley from one of the hermitages 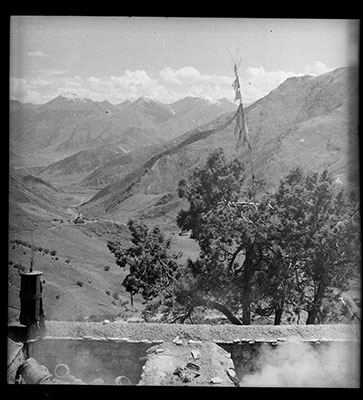 View looking down at the Yerpa valley from the roof of one of the hermitages at Dra Yerpa. There appear to be discarded pots and barrels in the corner of the roof on the left as well as a ritual roof decoration. A prayer flag is attached to the tree in the centre of the image and there is a reliquary monument down below on the left.