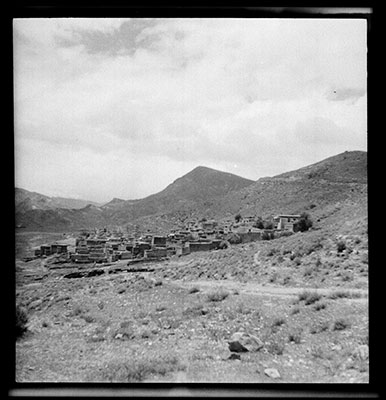 The settlement of Gyal (rgyal) on a sloping hillside in the Phenpo valley.