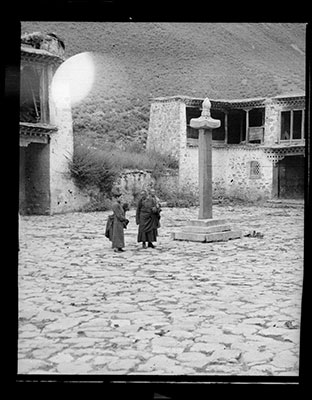 Inscription pillar (doring) in the courtyard of Tsurphu (mtshur phu) monastery to the west of Lhasa. The base is three-stepped pillar and the finial has an engraved rounded shape on the top. The courtyard is stone paved and there are monastic buildings in the background. There are some monks and a lay person standing beside the pillar. There is a light spot in the top left hand corner.