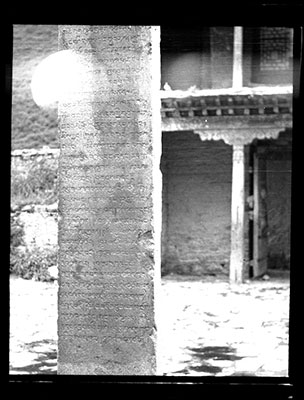 Inscription pillar (doring) in the courtyard of Tsurphu (mtshur phu) monastery to the west of Lhasa. A carved pillar and gateway may be seen in the background.