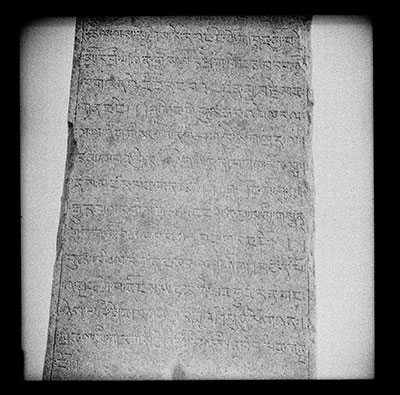 Middle section of the Sho inscription pillar damaged at the edges.