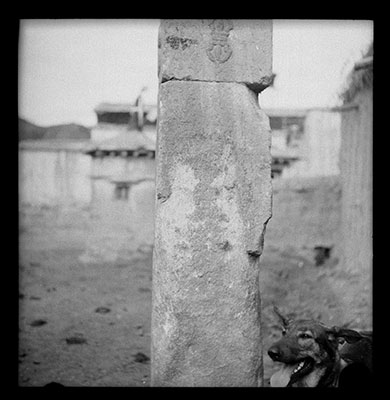 The lower section of the inscription pillar in front of the eleventh century temple at Gyal in the Phenpo alley. The dorje thunderbolt (rdo rje) symbol may be seen at the top of the image. The surface of the pillar is damaged. Temple buildings may be seen in the background and there is a dog beside the pillar on the right.