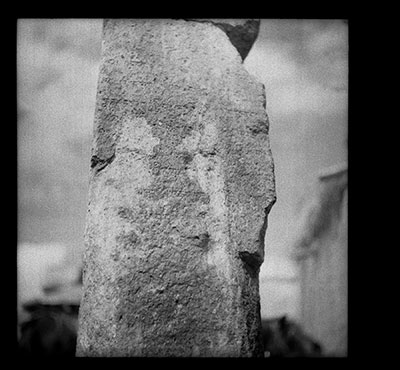 A section of the inscription pillar in front of the eleventh century temple at Gyal in the Phenpo alley. The surface of the pillar is damaged.