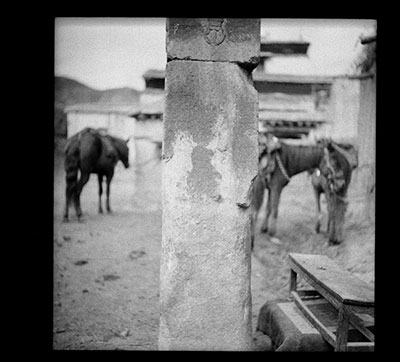 The lower part of the inscription pillar in front of the eleventh century temple at Gyal in the Phenpo valley. The lower part of the dorje thunderbolt symbol may be seen at the top of the image. There are horses and temple buildings in the background and two small tables stacked on top of each other beside the pillar on the right.