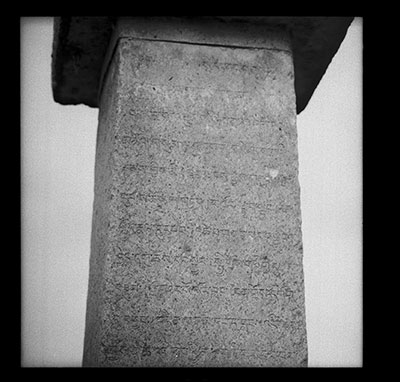 The top part of the inscription pillar at Gyal (rgyal) in the Phenpo valley.