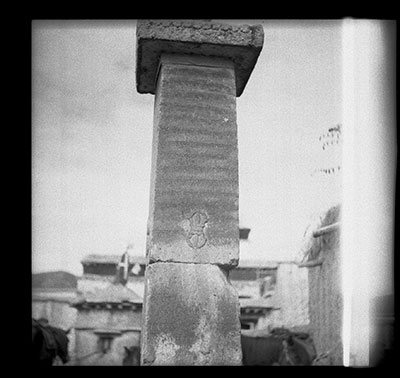 The inscription pillar at Gyal (rgyal) in the Phenpo valley. Besides the inscription carved on the pillar there is a dorje thunderbolt (rdo rje) symbol. The pillar is in front of the eleventh century temple. There are horses and temple buildings behind the pillar.