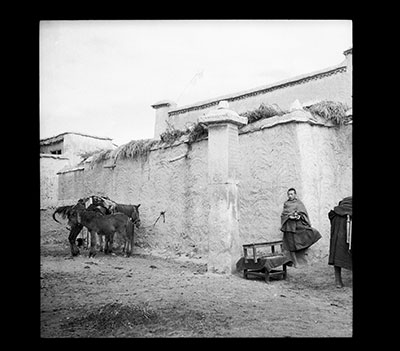 Monk holding a butter lamp beside the inscription pillar at Gyal (rgyal) in the Phenpo valley. The pillar is in front of the eleventh century temple. There is a horse and a foal on the left of the image and two small tables stacked on top of each other beside the pillar on the right.