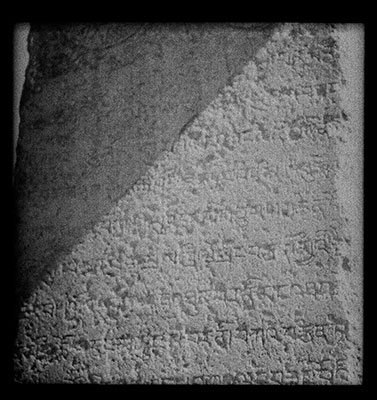 The ninth century pillar near the burial mound of Tride Srongtsen (khri lde srong brtsan) in the Chyongye ('phyong rgyas) valley west of the Yarlung valley.