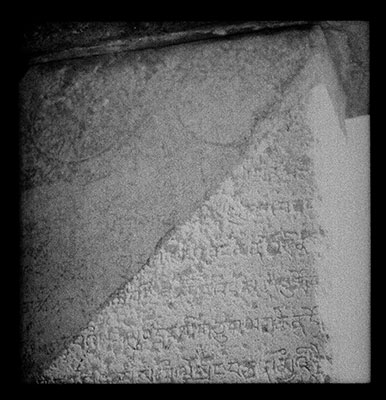 The ninth century pillar near the burial mound of Tride srongtsan (khri lde srong brtsan) in the Chyongye ('phyong rgyas) valley west of the Yarlung valley. There are two disc shapes at the top of the pillar.