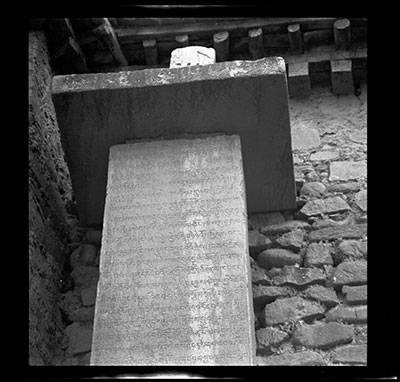 The upper section of the west inscription pillar standing against the wall of the temple at Zhwa'i lhakhang monastery about fifty miles north east of Lhasa. It is one of a pair standing either side of the entrance to the temple.