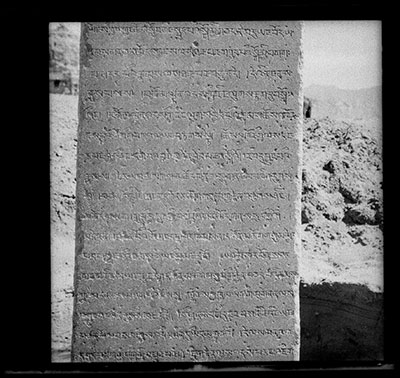 Part of the inscription pillar (rdo ring) at Karcung (skar cung) near Ramagang four miles from Lhasa south of the Kyichu river.