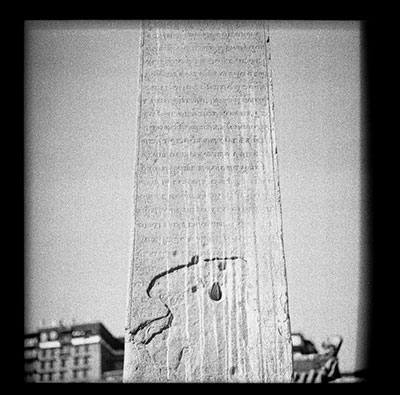 Middle section of the Sho inscription pillar, Lhasa with extensive damage at the bottom. Part of the Potala may be seen in the background.